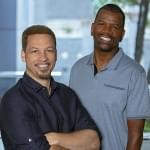 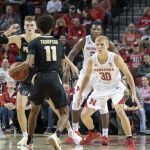 When freshman Charlie Easley made his decision to walk-on at Nebraska and play basketball, he knew he would have to work hard but his expectations weren’t high.

“Looking back to one year ago, I had no clue what I was gonna do,” said Easley. “I wasn’t getting the offers that I wanted. I just had to keep working, keep going, keep playing my game, and the rest took care of itself.”

The rest taking care of itself includes coach Fred Hoiberg meeting with Easley after practice Friday and placing him on scholarship.

Easley’s statistics won’t blow anyone away so far this season, including his latest line of one point, one rebound, one assist, two steals, and two fouls in a career high 16 minutes Tuesday as Nebraska took down rival Iowa 76-70. But what doesn’t show up in the box score is what Hoiberg says makes the difference for Easley as a player.

“He brings that energy and the hustle,” said Hoiberg. “For a guy that scored one point in the game to go out and have the type of impact that he had against Iowa, says everything you need to know. He can impact winning without making shots. That’s a great quality in a player.”

His teammates also love what Easley brings to the team.

“Charlie, he’s a hard worker,” said Dachon Burke Jr. after the Iowa win. “Sometimes me and him are battling, who’s the first in the gym? I see him in here 10 minutes before me. The next day I’m trying to get in 10 minutes before he gets here. Not just putting the ball in the rim, but those little plays: jumping on the floor and getting that energy going. You can’t teach that.”

“Charlie was all over the place (against Iowa),” said Cam Mack. “Diving on the ground, making the little things that we needed. He came through. I appreciate Charlie a lot.”

Easley did have opportunities to go elsewhere to play his college ball, but he didn’t want to go anywhere else.

“Just a love for Nebraska,” said Easley. “I grew up here. I grew up watching Nebraska. It’s local kids’ dream to play for their hometown and in front of everybody they know.”

The freshman from Pius X has played double-digit minutes in just two games this season. Both of those games have been Big Ten Conference wins. Despite achieving what he calls a goal in earning a scholarship, Easley remains focused on what the team can do going forward.

“Just get ready and get mentally prepared for Northwestern because at the end of the day it’s a good thing but the season is what matters,” said Easley.

A fan favorite every time he enters the game, Easley is appreciative of the hometown crowd.

“I do hear it,” said Easley. “It’s a good feeling to be able to represent my home city. I’m glad that everybody’s behind me. I’m just gonna keep working my hardest and keep trying to make them proud.”

Easley will have his first opportunity to take the floor as a scholarship player Saturday at Northwestern.