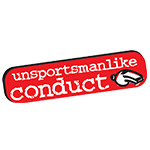 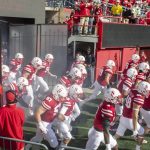 Former NU placekicker Alex Henery and three time national champion linebacker Jay Foreman are among the five players and one coach selected to be inducted into the Nebraska Football Hall of Fame this September, per a Nebraska Athletic Department press release.

Henery was a four year starter for the Huskers from 2007 until 2010. He hit 88.9 percent of his field goals, with the most memorable one of them all coming against Colorado, when Henery kicked the go ahead, 57 yard field goal that helped down the Buffaloes in 2008.

Henery also holds a school record 397 points, having made 193 of his 194 PATs. The Omaha Burke product made 68 field goals during his career with the Big Red and was honored on the All-America first team in 2010. He played four years in the NFL.

Foreman redshirted for the Huskers during their 1994 national championship season. The 1998 Butkus Award semifinalist was an impact player for Nebraska during his four year tenure, leading the Huskers to two other national championships, in 1995 and in 1997. He finished his career at NU with 233 tackles before spending eight seasons in the NFL with the Bills, Texans, Giants and 49ers. In the NFL, Foreman made 527 tackles and had five fumble recoveries.

Besides Foreman and Henery, two other Huskers and a former University of Kearney wide receiver were named to the 2019 Nebraska Football Hall of Fame; Mark Behning, Greg Jorgensen and Richie Ross, respectively.

Jorgensen was a starting offensive guard on former head coach Tom Osborne’s mid 70’s Nebraska teams, from 1975-77. He was named a second team All-American in 1977 and was twice named to the All-Big Eight team.

Ross was a two time All-American at UNK, where he enjoyed a prolific career. Ross hauled in 279 catches for 4,882 yards and 50 touchdowns with the Lopers from 2002-05. Ross, a Lincoln High alum, made the Tennessee Titans roster after he was released by the Houston Texans in 2006.

Additionally, former Chadron State head coach and athletic director Brad Smith is set to become the 36th coach and the first since 2012 to be inducted into the Nebraska Football Hall of Fame. He spent 18 seasons as head coach of Chadron State, winning RMAC Coach of the Year honors three times, in 1996, 1999 and 2001.

The inductees will be honored at a dinner on UNL’s campus on Friday, September 13. The class will be introduced prior to Nebraska’s game against Northern Illinois at Memorial Stadium on Saturday, September 14.