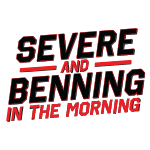 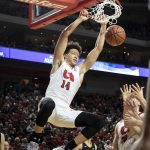 Former Husker basketball player Isaiah Roby has signed a four year deal worth $6.7 million with the Dallas Mavericks, according to ESPN. Roby was drafted in the second round as the 45th overall pick in the 2019 NBA Draft.

According to ESPN reporter Bobby Marks, Roby’s cap hit of $1.5 million in the first year is the largest ever for a second round draft pick out of college.

In the 2018-19 season, Roby started 35 games and had career highs in scoring, rebounding, assists and steals with 11.8 points, 6.9 rebounds, 1.9 assists and 1.3 steals per game. At 1.9 blocks per game, Roby ranked third in the Big 10 conference at that metric. He also had the ninth highest average in steals per game in the conference.

Roby told Channel 8 last month that he’s been adjusting to life in the NBA well for the most part.

“I’ve been taking it every day, just trying to get one percent better, finding little tricks here and there, working on my body (and) working on my game,” Roby said.