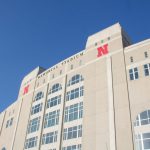 “The Spring Game is not gonna be on the 18th of April, and most probably will not occur at all.”

That from Nebraska Athletic Director Bill Moos on Sports Nightly.

Moos said in a perfect world, the football team would be able to at least finish out the 13 practices still allotted to them for this spring. So far, the team has only completed two of the 15 that teams are allowed to do.

After Moos made the announcement over the air, the Huskers Twitter account said information on refunds will be coming to those that made purchases.

Athletic Director Bill Moos announced on Sports Nightly that the 2020 Spring Game has been canceled.

For those who purchased tickets, more communication will be headed your way from @HuskerTickets regarding your refund.

Earlier Monday, volleyball announced their spring match would not be played.