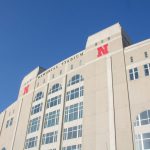 Nebraska incoming freshman Jaiden Francois will end his Husker career without having played a single game.

The four-star prospect is in the transfer portal. Francois was part of a strong Florida contingent in the 2020 class. He enrolled early but only two spring practices were held before the COVID-19 pandemic shuttered the sports world in March.

Francois made the announcement on social media Friday.

My Recruitment is now officially open.

Husker defensive backs coach Travis Fisher appeared on Sports Nightly Thursday to give a preview of his position group going into the 2020 season. Fisher mentioned all but one of his scholarship defensive backs: Francois.

Francois is the second 2020 defensive back to leave the program before the fall semester has even begun. He joins Henry Gray, another Florida product, in exiting the program early.