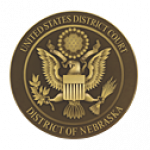 Nine current and former students at the University of Nebraska at Lincoln sued the school in federal court Monday, alleging the school mishandled complaints of sexual assault and harassment.

As ESPN report says the the lawsuit filed Monday in the U.S. District Court for the District of Nebraska alleges errors made by school officials during their investigations into some of the women’s reports. The lawsuit also alleges violations under the Title IX gender equity law, as well as racial discrimination, negligence and lack of due process.

Among the nine women is former Husker volleyball player Capri Davis. She was also part of an April lawsuit against the NCAA that stated the organization failed to protect them from alleged sexual assaults by male student-athletes. Davis took a medical leave of absence from the team last fall and has since transferred to Texas.

In this lawsuit, Davis alleges that her and another female student-athlete were groped by two football players last spring. The unidentified woman reported being raped by one of the players who groped her as well as by another athlete in 2018.

Other allegations include an unnamed student being sexually assaulted by a Husker player and former UNL student Sheridan Thomas reporting being raped by a football player in 2015 but potential witnesses not being interviewed.